Vehicle crashes due to tire blowouts can be responsible for property damage and raised insurance rates, not to mention personal injury and even death. The following statistics on tire blowouts and crashes are based on the vehicle type as well as pre-crash and road conditions.

This article breaks down the numbers for select states that compile tire-related crash data and offers strategies for tire blowout prevention and tips for maintaining safe tires.

Whether it’s you or a loved one behind the steering wheel, it’s a good idea to know what you can do to minimize your chances of becoming involved in a car accident caused by a tire blowout, flat tire, underinflation, or other risk factors.

This involves knowing what kind of car to drive, where to drive, and most importantly, how to choose and maintain your tires. The sections ahead will cover each of these FAQs in turn.

Three of the main factors that have been found to lead to blowouts are the type of vehicle involved, the state of the tire before the crash, and conditions on the road.

One problem with SUVs is they offer a lot of interior space, so there’s a temptation to overload them with passengers and cargo. This can put extra pressure on tires and cause them to fail. (The same is true with pickups, but because they have a lower center of gravity, they’re less likely to roll over.)

Underinflation can cause a tire’s sidewall to flex more because the air pressure isn’t high enough to bear the load of the vehicle, passengers, and cargo. This leads to heat buildup and is especially dangerous on warm days and when you’re traveling at high speeds.

If safety isn’t a good enough argument for paying attention to your TPMS, then consider this: Keeping your tires properly inflated saves gas, which saves money.

Where you live also can be an important factor in calculating your risk for tire trouble. Weather and road conditions vary a lot from state to state and from one region to the next. A sampling of data from states in different regions shows how these variations can affect your level of risk. 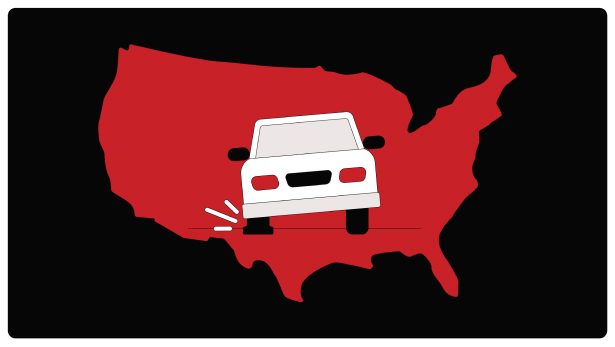 There’s plenty you can do to mitigate the risk of tire failure and related crashes, by purchasing the proper kind of new tires for your environment, vehicle, and payload. And by conducting regular and proper inspection and tire maintenance, you’ll reduce your safety risk and extend the life of your tires (and possibly yourself).

Making your tires last longer can save you money, too. A 2019 survey from Consumer Reports found that customers were spending a median of $137 per tire — before installation — if they owned a sedan, coupe, hatchback, or minivan; $162 for an SUV tire; and $175 for a pickup tire.

So, where does this leave us? Better informed is better prepared. So here’s a roundup of tire safety tips that can keep you safer on the road.

Nothing can guarantee you won’t have a flat tire or blowout, but you can minimize the chances significantly by choosing the proper product, keeping up with recommended tire maintenance, and driving carefully.

Taking these steps can save you money, reduce your chances of breaking down on the road, keep insurance costs from rising because of a claim, and, most importantly, optimize your safety, whether you’re driving around the corner or around the country.