Why Do They Put Tires On Roofs

To those who drive in rural areas, they might notice some tires on the roof not just on mobile homes but on stick-and-brick houses, which leave them wondering, “Why do they put tires on roofs?”

One may think that this phenomenon is exclusive to the south where there are more mobile homes per capita compared to anywhere else in the states. But it simply not true. Even if there’s no data to support it, driving around the country would tell you that this observation is accurate.

TOP 5 STATES WITH THE MOST NUMBER OF MOBILE HOMES

In the US, an estimated 20 million people live in mobile homes. Unfortunately, the stigma of living in a trailer still exists today. They are often accused of being dumb, lazy, and poor. To some extent, especially in the south, the correlation between the household income and trailer park living is clear. But in the Central United States, the stigma isn’t as pronounced.

Those who grew around in areas where the practice of putting tires on the roof is commonplace, there are several explanations given to curious kids.  When somebody asks why they put tires on mobile home roofs, they are always met with some interesting theories—some plausible, some not so much.

For example, rubber tires are supposed to cut the chance of a lighting hitting the mobile home or the trailer. Another explanation is they prevent the roof from being blown away by strong winds or tornadoes.

The first theory is silly, of course. A lightning would just as likely burn the rubber more than anything else.

Is A Metal Trailer A Lightning Magnet?

A common misconception that still pervades today is that a metal roof will attract lightning during a thunderstorm. On the surface, there appears to be some truth to this belief. After all, metal is highly conductive. So it makes sense that a metal mobile home would be a lighting magnet, right?

The Metal Construction Association sought to clear the fallacy. In fact, not only are mobile homes safe during a lightning storm—or at least a lighting won’t strike them much more than it would a traditional house—but they are actually safe when lighting does strike.

The second explanation also doesn’t pass the eye test. Actually, according to the Manufactured Housing Institute, mobile homes undergo stringent tests. In areas located in the middle of a hurricane path, mobiles homes are designed to withstand winds that rush 150 miles per hour. For Zone 3 areas, mobile homes are constructed to resist 163 miles per hour winds.

People have been recycling rubber tires for years. So it’s really no surprise for some houses to have unused tires on the roof.  The amount of scrap tires that the United States generates is staggering. And they end up everywhere, not just on landfills.

According to Recycle Nation, a website dedicated to promoting recycling and reusing of product waste, an estimated 300 million scrap tires or end-of-life tires are being discarded every year. They are a huge burden to state coffers. For instance, in 2009, the State of New York spent $81 million to clean up the more than 11 million tires at the Fortino Tire Dump.

You might say, why tires on the roof, why can’t we just burn them for energy?

It’s not ecologically sound to convert rubber for energy because the carbon emission is almost equal to the energy produced. To be fair, the technology used for this setup is quite advanced so the emissions are reduced to the minimal. It’s just that the amount of work necessary to produce fuel is not ideal for the amount of output.

One way to recycle rubber tires is to convert them into rubberized asphalt. The US Department of Transportation Federal Highway Administration released a guideline on the use of rubber tires for asphalt.

Only about 10% of the scrap tires are being reused or retreaded. That leaves about 270 million from the estimated 300-million annual volume that has nowhere to go. More than 8 in 10 of the scrap rubber come from automobiles.

As an aside, used tires specialists like United Tires are doing their part to manage these scrap rubber. The Chicago-based company is helping extend the life of your automobile or truck tire by repairing and retreading. They also sell used tires that are a fraction of the cost of a new set.

How Much of the Rubber Can be Recovered?

The Arizona Department of Transportation started to institutionalize the use of recycled crumb rubber for asphalt rubber roads tracing back to the 1960s. The agency found that not only does the program contribute to getting rid of the old and unused tires they also discovered that the road was also very sturdy. In fact, an original stretch of asphalt rubber from Central Avenue to 7th Street remained spotless for two decades.

Since 1988, Phoenix already used up 15 million old tires and 4.2 million tons of asphalt rubber to reconstruct roads. Some 200 miles of highways and roads have been reinforced for an average of 1,750 old tires for every lane mile. One added benefit—apart from the reduction in maintenance cost—is safety since passing vehicles won’t lose traction even in wet conditions.

California, Texas, and Nevada have all followed suit in terms of using rubber asphalt for their roads. New Jersey also paved a portion of Route 95 with asphalt rubber with the main goal of cutting down the noise. Engineers believe that the resurfacing of a portion of the New Jersey road will extend it to 20 more years.

Another way to recycle is to convert scrap tires into rubber roof shingles. You know that shingles are made of concrete, wood or even steel but recycled rubber is another alternative that should get more attention than it’s getting.

Why tires on roof?

We are referring here of the rubber shingles, and not the entire rubber tires perched on several roofs.

For one, it’s more durable than wood and it’s cheaper by far. Most of the materials are composite rubber and other recyclables, which means you are doing your part for the environment apart from having a roof that is low-maintenance.

Every tire has a maximum capacity and rated performance. Caring for your tires will ensure that it will go beyond its maximum lifespan, although that’s not really recommended for safety reasons.  Most tire manufacturers have their own recommended speed rating, depending on the type of vehicle you have and the load it carries. Weather and driving conditions also play a part in the lifespan of your tire.

A tire load index, meanwhile, refers to the amount of weight that your tire can carry when the air pressure is at its highest based on the manual. If you are carrying consistent heavy load, it’s better to upgrade your tire that has a higher load index. In load index, the higher the number, the greater the weight it can carry. 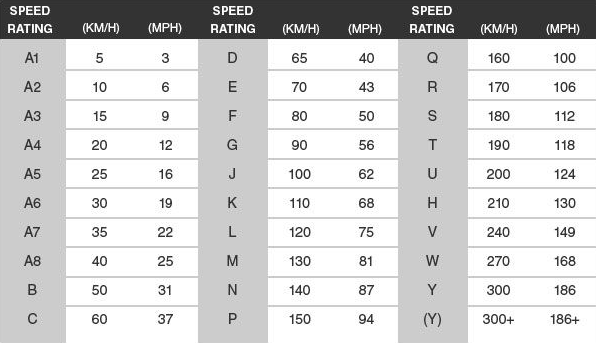 Retreading or recapping refers to the process of restoring worn tires. They are a popular option because it’s very affordable compared to buying a new one.

The concern is understandable because, after all, you are relying on old tires to bring you to safety. However, there’s really no cause for worry considering the rigorous check and screening that each tire goes through before the recapping.

Think about it, companies who deal with used tires are staking their reputation with every sale. A blown recapped tire will be damaging to the company, regardless of whether it’s their fault or not.

Each tire will be inspected for wear and tear. The main purpose is to determine if it’s still road worthy. Second, the rubber will be buffed to take out the old tread. What’s left is the under-tread. The next step is to put on the new tread over the buffed shell. The company can even replicate the original design of the used tire.

Retreading is perfectly legal. There’s no rule that outlaws the practice. You can either have your tires recapped or buy used tires from specialists like United Tires. If done right, they are as safe as new tires, especially with the technology that these companies adopt today.

Retreading will allow car owners to use their old tires instead of dumping them on the landfill. Remember the 300 million scrap tires generated every year? Doing your part not to contribute to the waste will go a long way to protect the environment.

Why Put Tires On Trailer Roof?

Now, we are back to our original question. In developing countries, you will see worn tires and even rocks on top of shanties and shacks. There’s no doubt what those heavy objects are there for. The construction of the makeshift homes is unreliable at best. Strong winds will blow away those tin sheets like they were made of paper.

Why tires on trailer roofs? The concept remains the same. In the south, thunderstorms typically precipitate strong winds. When one tin sheet will blow off, it will typically bring with it another panel or two. Pretty soon, they would find themselves without a roof. A used tire is a cost-effective way to hold the tin sheets down.

For instance, in East Texas, it’s much harder to find rocks than it is to pick up old tires. So it’s more common to find rubber on top of mobile homes and trailers. It’s not clear when this practice came about. Certainly, there’s no documented evidence that will point to the origins of the practice. But it’s already part of Americana.

Perhaps the main reason why these tires are there is to prevent what is called a “Roof Rumble.” The way the roof is constructed, particularly in older trailers, is that they are fixed to the sides of the mobile home. The thin metal is supported by braces and trusses that are spaced far apart. As a result, the structural integrity of the roof is questionable.

Different mobile homes produce different noises. Under intense heat, the thin panels may rumble. Other trailer owners will also hear a popping sound on the sides of their mobile home as a result of the metal expanding. Before, people used to install rumble screws, which did solve the problem of the Roof Rumble a bit. But then again, they were actually drilling holes into the roof membrane.

The mystery of why they put tires on trailer roofs is actually for very pragmatic reasons. They prevent the roof from making that rumbling sound when the sun is at its zenith. It’s definitely safer than drilling a hole in the roof. Secondly, they reportedly prevent the roof from being blown clean in the event of strong winds.

Myths have been created surrounding these tires on the roof. It’s part of the charm of rural life. You can probably stop to ask the owners, “Why put tires on trailer roof?” and you will likely get a different answer depending on the community and the state you find yourself in. It would be interesting to trace the history of the practice. For now, however, you can just enjoy the sight of tires on the roof when you drive cross country. And when you do find these old tires on somebody else’s roof, you can just nod your head in appreciation. Now you know the reason why.

Utires.com - we are a young, but quickly growing company specializing in providing quality used tires both online and for the convenience of our local customers. Our used tires go through rigorous quality control check to make sure you get top of the line tires.

Our warehouse and shop are both located in Chicago and we ship free nationally mainland US.