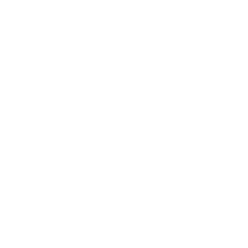 Get The Best Racing Tires (New or Used) + FREE Shipping

When it comes to performance at high speeds and grip to paved roads, racing tires are by far the best of all tires. They are made of sticky rubber compounds and have a much wider contact surface, which gives the best grip and stability. This also means better traction, better acceleration, braking and improved handling.

Racing tires: from Dunlop’s son’s tricycle to the racing track

Son’s tricycle as an inspiration

Like everything else, the manufacturing process of the tires is constantly evolving. And today a modest pneumatic tire that John Boyd Dunlop created for his son’s tricycle in 1887 — for it to more comfortably overcome the obstacles — is just the history. But that was the exact moment when the prototype of the first ever racing tire appeared on the face of the earth. A little bit later Dunlop’s tire would win the first race. Read our Racing Tires Evolution article in the blog to dive into that mesmerizing process. (insert link)

A perfect compound as the industry moving force

Racing tires have to provide special performance and withstand extreme temperatures caused by speed and friction. With time natural rubber has been replaced by modern synthetic compounds offering optimal performance to the sports cars. Tire manufacturing companies were aiming to produce the best compound — and that has led to a rapid development in the racing tires industry.

Modern racing tires have the ability to absorb mechanical energy and turn it into heat, reducing the hardness of the rubber. This process makes the modern racing slicks get “hot and sticky”. Some modern tires even include steel belts, nylon casings and overlays, and Kevlar to have strong sidewalls.

The perfect racing tire: defining factor of a win-win

Over the years, the tires were proven to be the defining factor for the champions of Formula 1 and other races. For example, the multiple world champion Michael Schumacher had Bridgestone tires that were custom made for him, according to his personal style of driving, different from that of other pilots. He was constantly pushing the limits of the car and the tires, especially in corners.

When thinking about a racing tire, most people have in mind that image of a Formula 1 car with very large, wide and perfectly smooth tires. Those are called racing slicks or slick tires, and they were first produced by M&H in the 1950s with the goal of being used at drag races.

They removed all the grooves in the tread in order to get the largest possible contact surface with the road and maximize traction. These tires are nowadays used for racing on the track, where cars are driving at very high speeds and need the maximum traction from each wheel when accelerating, braking and steering.

Racing teams are investing huge amounts of money in racing tires, and some tire manufacturers are investing millions into the development of racing tires as part of their marketing strategy. The tires are slightly different from one category to another (drifting, drag racing, NASCAR, Formula 1, etc.), and they are also adjusted according to each track based on surface conditions, temperature, cornering loads and other factors.

The importance of racing slicks

In professional racing the tires are making a huge difference, and can be worth 100 or even more extra horsepower that are being transferred to the ground efficiently. A very strong car is useless if the tires are slippery and spinning in lost motion. So before spending your money on adding more horsepower to your car, spend them on high performance tires.

These tires are under huge stress during intense racing, and that’s why you see the pilots going at the pit stop for a tire change very often. For example, a Formula 1 tire designed to last for 300 km may have to be changed after just 150 km.

Racing slicks are only designed for the tracks, and most of them are illegal for street use. So keep in mind that when buying “racing tires” from our web store, you are actually buying high performance r-compound tires designed for the streets, and not racing slicks.

These are tires that are as close as possible to true racing tires but are also legal for the streets. They are made of a rubber homologated by the DOT (Department of Transportation), and they are the best compromise that you can make if you want to have high performance tires that are also approved for highways.

They have strengthened sidewalls and are made of a sticky compound that gives a good grip when accelerating, braking or steering, much more than standard tires.

They work best on heat, and the more heated they are, the better they perform. This applies to the racing slick as well, and you already know by now that the racing cars are doing a few warm-up laps before starting the actual race. As it heats up, the tire becomes softer and has a better grip, but this also makes it wear faster.

Challenged longevity because of high performance

The longevity of the tire is shown by the UTQG rating. A control tire is assigned with the grade 100, and if another tire has the grade 200 it means that it lasts twice as long. For racing tires you need to find the sweet spot between performance and longevity, because if a tire has a rating higher than 200 it sacrifices performance, while a tire with a rating of 100 will wear very fast. These numbers depend on the weather, the driving style and speed, the road conditions and other factors, so take the “life expectancy” period mentioned by the manufacturer with a grain of salt.

This is why R-compound tires are not recommended for daily driving but rather for races or special occasions. Think of a Lamborghini car that you don’t drive every day to the grocery store, but only take out on a Sunday ride or any other special occasion.

Some models of used racing tires you can find in our online store are the Michelin Pilot Sport A/S 3 Plus, the Continental CrossContact LX Sport or the Pirelli Cinturato Strada Sport.

No tread or less tread

As mentioned earlier, the racing slicks are at the extreme end of the spectrum and they have no tread at all. These are designed only for track use (on dry road conditions), and they offer the best grip for maximum acceleration, braking and handling at high speeds.

On the other hand, street racing tires have some basic sipes, grooves and treads to clear away dirt and moisture and to be approved for street use.

On the sidewall of each tire (regardless of its type), you can find all the needed information about its size and other characteristics. The speed rating is shown by a letter, which indicates the maximum speed that the tire can be used at in safe conditions. This number is determined in laboratory testing.

Obviously, racing tires have the highest speed ratings out of all tires, usually W (up to 168 mph) or Y (up to 186 mph). These numbers are rough estimates and it doesn’t mean that a W tire will blow at 169 mph; but it’s better to be safe than sorry.

What are racing tires made of?

New racing tires are usually made of a combination of rubber, steel, synthetic polymers, fillers and antioxidants, and are much softer than all-season or winter tires. This allows them to grip better to the asphalt, but also to get wear much faster.

The compounds will vary from one manufacturer to another, and each company has its own combination of ingredients. The r-compound tires mentioned earlier are considered semi-slick, and they are as close as possible to competition tires as you can get, while still being approved for the streets.

On some tires you might notice a green valve, and that is not placed there for looks. It shows that the tire is actually filled with nitrogen, which is a great filler because it offers a more consistent tire pressure when the temperature is constantly changing. In racing conditions it’s very important to have constant pressure in the tires for the best possible handling.

No tires are perfect, and if you want to gain advantage on some aspects, you will have drawbacks on others. For example, racing tires create more noise and give a bumpier ride because of their lower profile.  They also wear much quicker and are not suited for rain or snow.

Multiple big manufacturers of tires have joined the racing industry over time, in an effort to show that they are the best and produce the most performant tires in the world. This created the so-called “tire wars”, where two or more brands push the limits of their tires in order to beat the competition.

Such wars took place in Formula 1, Super GT, NASCAR and Moto GP. In Formula 1 for example, the wars were held between brands like Dunlop, Firestone, Continental, Goodyear, Pirelli, Michelin and Bridgestone. Currently, Pirelli is the sole provider of tires in this sport.

Hoosier is also a top provider of racing tires, but their focus was in the NASCAR series. By the way, you can currently find 9 models of Hoosier racing tires in our catalogue.

How much do racing tires cost?

Cheap racing tires start at around $150 and are mid-level performance radials and all-season tires. Here you may also find slicks, and even though they seem cheap at first, they are replaced much more often and the price adds up.

Then you have the mid-range tires that go up to $300. In this price range you can find high-level performance radials, larger sizes and tires with higher speed indexes.

Last but not least, there are the expensive racing tires over $300, which have the highest speed ratings and the highest levels of grip and performance.

While true racing tires used in Formula 1 and other types of races would cost you around $2,000 per set, R-compound legal racing tires are more affordable (around $800). You definitely don’t have to skimp on spending on tires in case you want to go fast and be safe, but also keep in mind that you will be changing these tires quite often (depending on how you use them).

What are the best street racing tires?

Should I buy used racing tires?

Yes, since racing tires are changed much more often than regular tires, it makes total sense to buy them used. As long as they have enough tread left and they are in perfect condition, they are safe to use and worthy.

For example, on this page you can filter the used racing tires based on the tread depth, and we have models ranging from 3 to 15/32. Plus, we also have 70 models that have only been driven once.